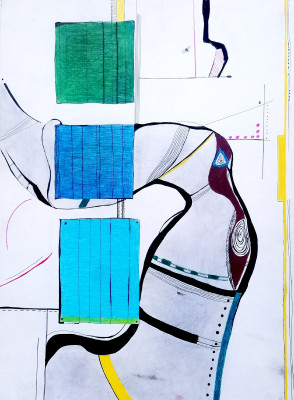 Feminists About the War

“I can’t delay my activism”: feminists about the war

syg.ma team
An informal conversation between Ukrainian feminists about the ways the war affected their life and activism

syg.ma team
On the Antifa movement in Russia, Ukraine and US, its fates and fortunes, and how to contend with the right-wing turn we face today
Sign Of The Times

Dmitry Vilensky
Who are we in the new geographical composition of bodies? Where are we now? Where do we speak from and to whom do we address in a new situation in Russia?
Posle.Media

syg.ma team
An interview with Marxist political philosopher and former advisor to the Prime Minister of the Republic of Kosovo about parallels between the war in Ukraine and conflicts in the former Yugoslavia
Society and Politics

Matvey Agranovskiy
The announcement of the ongoing archive of literary and visual art works of Matvey Agranovskiy and the discussion of the reasons for the transition to the Syg.ma platform
Sign Of The Times

syg.ma team
Political theorist Ilya Budraitskis analyzes the genealogy of the key elements of Putin’s official ideology, which served to justify the military invasion in Ukraine
Philosophy and Humanities

Russian female ceramic artists you should know about